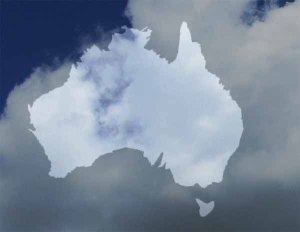 In moves over the past week the war for the Australian Cloud Government business heats up with Telstra making a play along with Dimension Data. The Australian Government also signals their intentions to further deploy Cloud, albeit slowly, and another big player is set to hit the Australian market.

Globally, the race to zero for Cloud services continues. With most major Cloud providers now well-established in larger countries we are now seeing the move to smaller countries and markets in an attempt to increase market dominance. Australia has already seen the larger providers landing onshore with more to come. In New Zealand this month we have seen Dimension Data install a point of presence.

Telstra has been creating its own Cloud services over the last year and has issued a declaration that it is going after Government business. This appears to be on the back of Dimension Data also aggressively marketing and targeting the same area.

The solution will offer both UNCLASSIFIED and PROTECTED level data and will be hosted in Canberra although there is little detail about exactly what services will be offered. Telstra already offers a number of solutions to government departments though and it seems likely that these will be migrated into the new environment. The cloud is also likely to be connected up to the Federal Government Managed Secure Network Gateway that Telstra operate that allows agencies to communicate securely. – Source

It certainly appears that there is money to be had down under with Dimension Data not only announcing that they have bought Oakton for $171. AUD, but also signalling their intention to build service in Canberra.

“Dimension Data, the USD 6 billion global ICT solutions and services provider, today announced an extension to its network of global Managed Cloud Platforms (MCPs) with the establishment of an MCP in Canberra, purpose-built for the Australian Government. The MCP will be the first large-scale platform in Canberra designed solely for the Australian Government and will enable agencies to rapidly respond to meet community needs, departmental policies and future advances in technology.” – Source

There is a lot of money being invested to capture the government Cloud market in Australia and likely with good cause, given that the Australian Government seems to be stepping up their move to Cloud after lagging behind other countries such as New Zealand, the U.S. and the U.K., each with their own respective programmes to get central agencies into a Cloud First stance.

It’s still slow though, email and desktop as a service, that New Zealand government already has access to via the Department of Internal Affair’s Common Capability service, aren’t likely to even go to market until 2015 or 2016.

“The Australian government will likely go to market for its whole-of-government email and desktop services in late 2015 or 2016 after the establishment of the cloud services panel, according to Chief Technology Officer John Sheridan.” – Source

That would put any implementation at least two, if not three, years away. Though we can certainly see interesting activity underway.

For Telstra and Dimension Data, distracted in a competitive war with each other, there is a risk they will get rolled by Microsoft and Amazon who are already moving their services up the Cloud stack, have a base in Australia, and are taking some huge hits by reducing pricing at the lower end of the services scale. That move to delivering more functionality than iron, is something that Dimension Data and Telstra are going to have to work hard to catch up on.

“With functionality becoming the new cloud battleground, there is more than enough room for other providers to move in and attract customers with different features and new ways of addressing common business challenges. Geographic location and privacy have emerged as obvious markers for users not fully served by an American-centric market. Similarly, proximity and latency, as well as network performance, are critical decision parameters for streaming services and gaming companies, especially as most providers charge users for bandwidth transfers.” – Source

Meanwhile, Verizon are promising to land their Cloud services in Australia in the first quarter of 2015. Though what their target market will be is not known as yet.

Verizon has announced that it will be launching Verizon Cloud in Australia during the first quarter of 2015. – Source

One of the questions for the New Zealand Cloud providers is whether or not this will put pressure on them to reduce pricing in an effort to stay competitive. In other words, if we have a sub 25 ms latency to Australia, who is a very close ally and partner, could we see government and other Cloud services being purchased across the ditch rather than from onshore?

I suspect the answer, at least for Government, is probably not. We know two things about Government in New Zealand.

The first is that while there has not been a wholesale move to the DIA’s Common Capability Cloud services, there has been a very strong uptake in terms of volume. In other words, most agencies are using some kind of Common Capability services, with the most popular being facilities management. There seems little incentive to move again to another service then, when you can purchase it directly from inside your facility.

Second, the horse has bolted in terms of SaaS use, with agencies now all consuming most of the SaaS services available in the market. While this appears to have occurred primarily through Shadow ICT, agencies are realising fast that their is great benefit in the services and are moving to secure them as part of their service offerings. With a cautious, risk based approach, this will deal real results over time. Generally, those SaaS services are not tied to a geographic location, less and less at least, so there is no advantage in moving them to work out of Australia.

Globally, the move from IaaS to SaaS in the Cloud services spectrum, is well under way, with IaaS being seen as difficult now, and the leap to “as a service” much easier, and much more favorable as it aligns to business requirements rather than a focus on “iron”.

Regardless, the war for the government market in Australia is on, and we will no doubt see that beach head used to reach out to New Zealand government. Albeit, slowly.